See flyer for the program.
See Video on the Immortal Regiment

We are grateful for the Sponsorship of JCRC to support this production.

25 Outstanding Minnesota Veterans Were Honored  on September 11, 2016 by the Minnesota Humanities Center for  Their Leadership and Community Contributions, including our own Don Patton.  Here is his citation:
Colonel Donald G. Patton. Army. Edina
Don Patton is an Army Veteran from Edina who served in the U.S. Army for 30  years, which included 13 years in command positions with two battalion commands. He served as Commander of Unit  as custodian of Nuclear Weapons for the French Air Force. After graduation from the Army War College in  1985, he organized, with
Dr. Harold Deutsch, the WWII History Round Table, which includes oral histories  from WWII Veterans. Since retiring as a Colonel, Don works tirelessly to preserve the factual history and  study of WWII. Don’s work through the Round Table includes organizing and  leading tours of European  battlefields and American cemeteries to educate and pay tribute to American Veterans. The WWII History  Round Table has organized over 300 programs that recognize, honor, and tell the stories of over 1,000  Veterans. He was awarded the Meritorious Service Medal five times during his military service. Recently, Don  was awarded the Minnesota Superior Civilian Service Award by the Adjutant General of Minnesota for his  work with the Round Table and raising awareness of Veterans’ contributions. He is currently serving on the  Committee for Commemoration of the 75th anniversary of Pearl Harbor.
For more information on Veterans’ Voices and all 2016 awardee bios visit mnhum.org/vets. 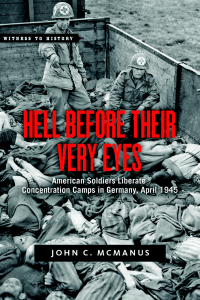 As is the backdrop for the current feature film Bridge of Spies, as well as the recently re-released book Strangers on a Bridge, during the Cold War, the Soviet Union captured U.S. pilot Francis Gary Powers after shooting down his U-2 spy plane. Sentenced to 10 years in prison, Powers’ only hope was New York lawyer James Donovan, recruited by a CIA operative to negotiate his release. Donovan boarded a plane to Berlin, hoping to win the young man’s freedom through a prisoner exchange. If all went well, the Russians would get convicted spy Rudolf Abel, who Donovan defended in court years earlier.
On December 3, 2015, as part of Beth El Synagogue’s Heroes Among Us Series, John Donovan and Gary Powers, Jr., will offer their take on the spirit of service, as well as the challenges facing the United States and international diplomacy. These sons – crucial to this story of service and heroism – inspire our own journeys to serve.
John Donovan served as an infantryman and then combat correspondent with the First Marine Division during the Vietnam War, was arrested in East Berlin while smuggling a letter from a dissident through the Berlin Wall just after Kennedy’s “Ich bin ein Berliner” speech, served as Latin American information director in Washington with the U.S. Foreign Aid Program, and perhaps most important for current foreign relations: joined his father on one of his many trips to Cuba as a peace hostage.
During one journey, they traveled across Cuba in the same car with Fidel Castro during negotiations for the release of U.S. prisoners just after the Cuban Missile Crisis and the failed Bay of Pigs invasion. Donovan salvaged U.S. relations with Cuba, securing the release of 1100+ prisoners in exchange for humanitarian aid. It has been reported that Donovan’s negotiations secured the freedom of close to 10,000 people. John Donovan is the co-author of the book, After the Bay of Pigs, and has retained close ties to the Cuban Families Committee and Cuban-American community in Miami.
Gary Powers, Jr., is the Founder and Chairman Emeritus of The Cold War Museum, which he founded in 1996 to honor Cold War veterans, preserve Cold War history, and educate future generations about this time period. As Chairman of the Presidential Advisory Committee for the Cold War Theme Study, he works with the National Park Service and leading Cold War experts to identify historic Cold War sites for commemorating, interpreting and preservation.
A portion of the proceeds of this once-in-a-lifetime event will help underwrite Beth El Synagogue’s Minnesota National Guard unit support initiative, directly benefiting the 682nd Engineer Battalion, currently deployed overseas.
More information and tickets are available online at www.besyn.org/bridgeofspies.
Date/Time: Thursday, December 3, 2015, 7:00 pm Location: Beth El Synagogue 5225 Barry Street West St. Louis Park, MN 55416

The American Aviation Heritage Foundation, Inc., 501(c)(3) of Blaine, Minnesota, is currently engaged in an extensive and historically significant project: to restore to airworthy condition a WWII Vultee BT-13 “Valiant.” Upon completion our BT-13 will be presented to the National WASP (Women Airforce Service Pilots) WWII Museum at Avenger Field, Sweetwater Texas where it will become an essential part of the museum’s efforts to preserve the legacy of the brave, patriotic women who flew virtually every type of military aircraft in the USAAF inventory in service to their country during WWII. The acquisition of an airworthy BT-13 will enhance the mission of the National WASP WWII Museum in a manner in which our nation’s rich and exciting military aviation heritage is translated into a rewarding learning experience for people from around the world. We anticipate that the WASP BT-13 will be flown during museum-sponsored programs and aviation-related events nationally where it will serve to educate others on the important contribution of the WASP to the ultimate victory in WWII. “Lest We Forget.”
Something important to think about…The last quarter of the year is a good time to make a charitable donation to an organization with which you feel a strong connection, or a common bond, and whose work you would like to support. The American Aviation Heritage Foundation welcomes all contributions, in any amount, in support of our mission and programs. Contributions are deductible on individual IRS Federal income tax returns to the full extent allowed by law, and may be considered either as “Directed” in support of a specific program like the BT-13 restoration, or “Unrestricted” in support of the Foundation generally, as determined by our Board of Directors. Please indicate your intentions by memo on your check made payable to The American Aviation Heritage Foundation and mailed to our corporate address as noted below. Official confirmation for tax reporting will be provided. The BT-13 project is a major undertaking, requiring a significant commitment of time, talent and financial resources. It is only through the generosity of many individuals and organizations that we are able to complete our important work. Thank you in advance for your support and friendship.

Tuesday, November 10, 2015 7–9pm
World War I, which ended 97 years ago, was a turning point in the history of the treatment of veterans and of veterans’ policy in the United States. In this program, revisit the aftermath of World War I, the story of its veterans and the origins of Veterans Day, and discover how the history influenced the experiences of veterans involved in more recent wars in Vietnam, Iraq and Afghanistan. The presentation is by John M. Kinder, associate professor of history at Oklahoma State University and author of Paying with Their Bodies: American War and the Problem of the Disabled Veteran. The talk will be followed by a public dialogue with veterans’ advocates Floyd Nagler, a former Marine and Army reservist who served in Vietnam; and Ginger Macdonald, a retired 1st Sergeant, who served with the National Guard in Operation Iraqi Freedom. The program will be moderated by Vietnam veteran Doug Bekke, curator of the Minnesota Military Museum.
Minnesota History Center 3M Auditorium 345 Kellogg Blvd. West St. Paul MN 55102 www.mnhs.org/event/491 651-259-3000

This event is free and open to the public. History Center exhibits are free from 5-8 pm on Tuesday eve