Honor Before Glory: The Epic World War II Story of the Japanese American Contribution to the Allied Campaigns in Italy and France

Scott McGaugh, the author of Honor Before Glory, will discuss the World War II story of the Japanese American GIs of the 442nd Regimental Combat Team who rescued two hundred American soldiers who were surrounded by German troops in the Vosges Mountains of eastern France.

The 442nd was composed of two distinct units: the 442nd Regimental Combat Team and the 100th Infantry Battalion. These two units were formed independently at different times and did not share a common lineage. The 100th would eventually become the 1st Battalion of the 442nd in June 1944.

The 442nd was the most decorated unit for its size and length of service in the history of American warfare. The unit was awarded eight Presidential Unit Citations (5 earned in one month). Twenty-one of its members were awarded Medals of Honor. Its motto was “Go for Broke.”

Odd S. Lovoll has spent his career chronicling the stories of Norwegian immigrants to the United States and Canada. He, too, was an immigrant at a young age, and like many international migrants returned to his homeland for a period during his young adult life before settling permanently in the United States. This personal connection has long informed his work, and now he turns his academic’s eye to his own story. His book includes a chapter on the 99th Infantry Battalion.

The Edwin H. Simmons Award (formerly the Victor Gondos Award) is presented for long, distinguished or particularly outstanding service to the Society for Military History.

Established in 1933 as the American Military History Foundation, renamed in 1939 the American Military Institute, and renamed again in 1990 the Society for Military History, the Society is devoted to stimulating and advancing the study of military history. Its membership (today more than 2700) has included many of the world’s most prominent scholars, soldiers, and citizens interested in military history. 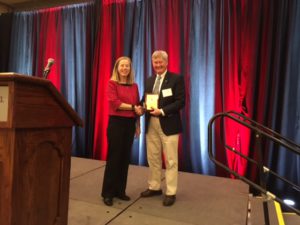 See flyer for the program.
See Video on the Immortal Regiment

We are grateful for the Sponsorship of JCRC to support this production.